The trouble with land based fishing is that once you find a good spot its difficult to stay away or risk going elsewhere. So it was back down to Fingal Head to look for the Jewfish again. Wednesday looked good, although the moon phase was no longer very exciting. Light northerly wind was forecast. I arrived around 4.00 am and caught a small 30cm Tailor just before the sun came over the horizon. I was using a RAPALA SXR 12 in the ‘ghost’ colour. 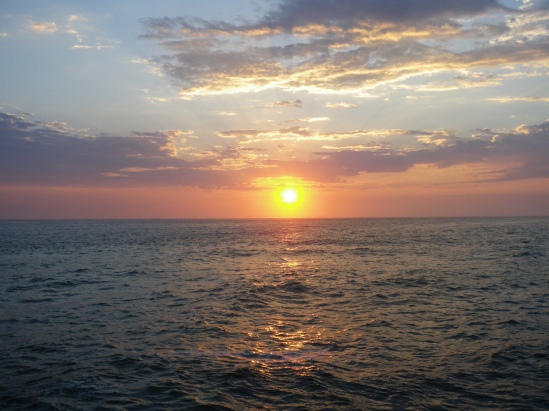 There did not seem to be any more around so I swapped over to a GULP 4” Minnow soft plastic, on a 1/4 oz, 1/0 jighead. There was a much bigger swell than I had been expecting and there was a lot of weed floating around. It had rained hard the night before and it was close to low tide. But the biggest problem was that the schools of tiny bait fish, that have been hugging the rocks for the last few weeks, had disappeared.

I fished for about 4 hours with every plastic I had. I changed down to the lighter rod, lighter leader and jigheads, but none of this helped. Eventually, I crossed the causeway and walked along the headland to the south side to get out of the northerly wind. I stuck with the light rod and the GULP 4” Pearl Watermelon Minnow. After a few casts I felt a couple of double tap bites. I persisted in the same spot, making sure that the plastic was on the bottom before I started the retrieve. After a few more casts, I had a fish – a 25cm Bream. It had been a tough morning.

The 4″ Minnow can be tempting

I hope the bait has only disappeared temporarily.