I woke up to a rising 25 knot north-easterly wind. So I could not fish the rocky headlands. I would have to find some shelter from the wind. I decided to go back to where I had been fishing the night before.

So just after first light, I walked along the top of the rock wall, to the south of the boat ramp. I started with my light spin rod and a GULP 3 “ Minnow soft plastic in the Peppered Prawn colour. I caught a tiny bream after a couple of casts and then saw a school of fish come through the gap in the rocks. They splashing and gulping on the surface and I realized they were small tailor. I suddenly understood the term ‘choppers’ as this is exactly what they were doing to the surface of the water. I cast into them and got a bite but no hook up. When I retrieved my lure its tails was missing. 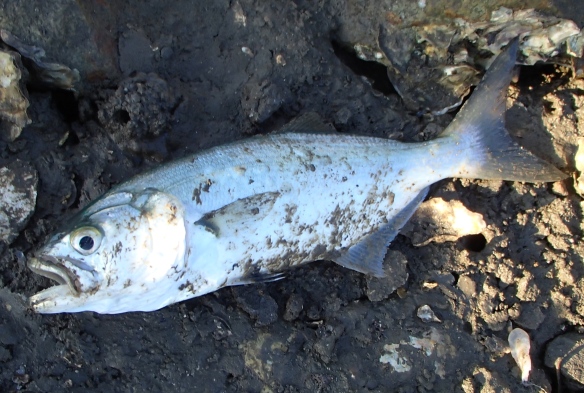 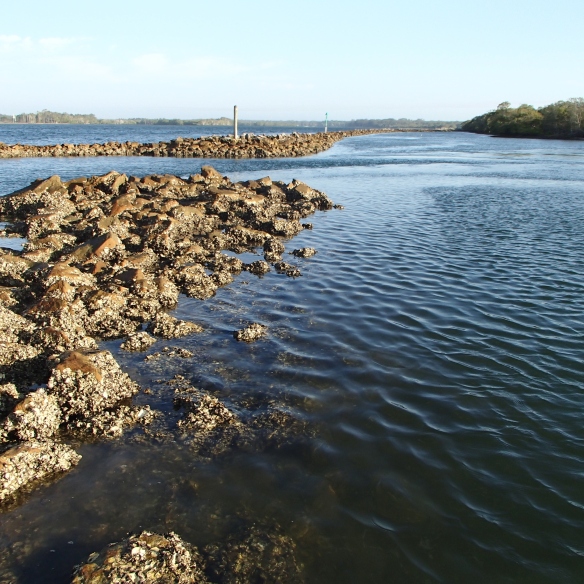 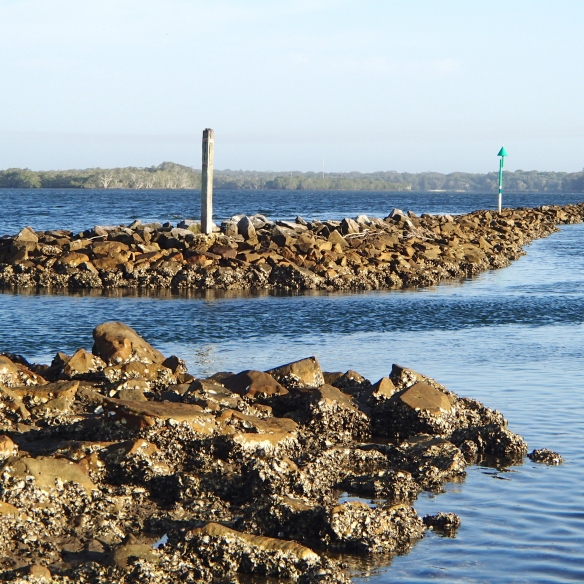 As I re-rigged a trailer boat came through the gap. The owner of the boat left his two-stroke running while he jigged for bait in the gap a few times. He did not get anything and after a few more goes he revved up and took off. Not surprisingly the fishing went quite for about 20 minutes. Then the choppers were back.

This time I cast my soft plastic 3” minnow right into the middle of the school and let it sink. It was whacked about three times as it floated towards the bottom. I jerked the rod tip up and connected with a fish. It was a small (30cm) ‘chopper’ tailor and it was soon jumping around in the mud at my feet.

Another boat came through and repeated the process that the first one had, with similair results. I had not realized this gap in the rocks was such a heavily used thoroughfare. The water must be consistently deep as a couple more boats soon came hurtling through. I decided it was getting a bit too noisy for the fish to hang around so I went back to find a coffee in town.

The wind kept howling all day. At about 3.30 pm I decided to see if the sheltered side of Iluka Bluff was worth fishing. A couple of other keen fisho’s were also braving the wind. They already had a couple of good-sized (45cm+) tailor from the foamy water. I big popper in the Qantas (red and white) colour had been the most successful. I did not have a popper with me so I tried a DUO Jerkbait 120 SP sub surface shallow diving hard bodied minnow. After few casts I lost this to the rocks. I tried a few plastics but the wind just blew them away. After 30 minutes of battling I finally decided that the day was not suitable for fishing and headed for the pub.