By June there were plenty of cold nights but the sea water temperature was not really dropping. We had a few crystal clear skies and beautiful sunrises but the swell was persistently too high to safely fish the rocks until the middle of the month. On the 15th I had a dawn session at Broken Head. I arrived at first light and walked down to the rocks. There was virtually no breeze and the tide was running in until about 10.00 am. The moon was in its waning crescent phase.

As soon as I arrived I could see a school of something feeding on the surface. It was only as it got lighter I realised it was a very big school of dart. I started casting a 40 gram Halco Twisty and winding it back quickly through the school. The fish followed it a few times but did not strike. I was hoping there would be a few tailor hanging around but if they were, they were not interested in a lure near the surface. After a few more casts I swapped to a 5 inch GULP Jerkshad in the Pearl Watermelon colour. I cast this out beyond the school and let it sink, paused for about 20 seconds then hopped it back along the bottom towards the rocks. On about the third attempt I felt a couple of quick bites. I dropped the rod tip and paused for a few seconds, then lifted it and hooked a fish. It was heavier than a dart and started shaking its head furiously. I played it for a minute or two. It was a decent sized tailor about 40 cm long. It settled down at the base of the rocks but as soon as I tried to lift it from the water the leader caught a tooth and snapped. I think I had a16lb fluorocarbon leader on so I upgraded to 25lb and carried on casting. I soon found the tailor again and this time the leader held as I pulled the fish up to my feet.

I fished on through the morning and dropped down to smaller soft plastic minnows and lighter leader. I end up catching plenty of dart on a 1/6th ounce jighead loaded with a 3 inch GULP Minnow in the Lime Tiger colour. I also caught a couple of bream.

As the sun rose I could see that that the school of dart was about 30 metres long. Every now and then they would smash into small bait balls on the surface. The water was crystal clear and although the dart kept following my lures they seemed to loose interest in feeding by about 11.00 am, so I gave up for the day. 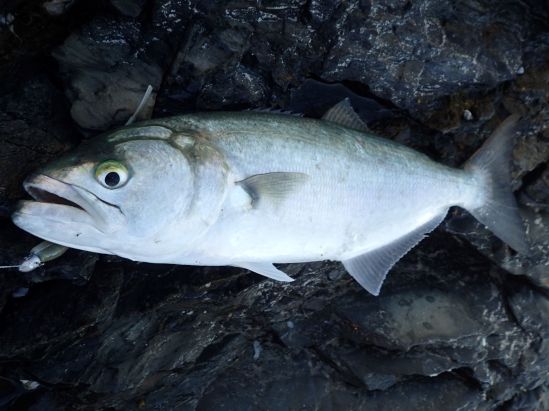 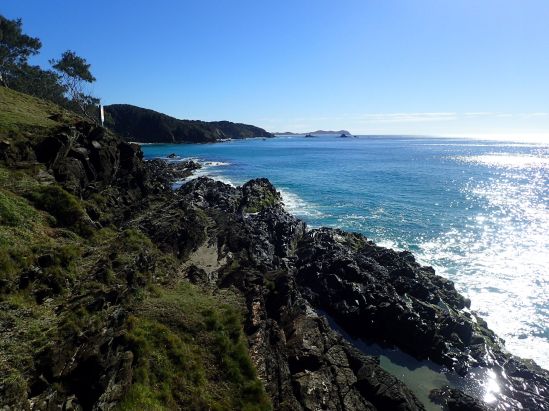 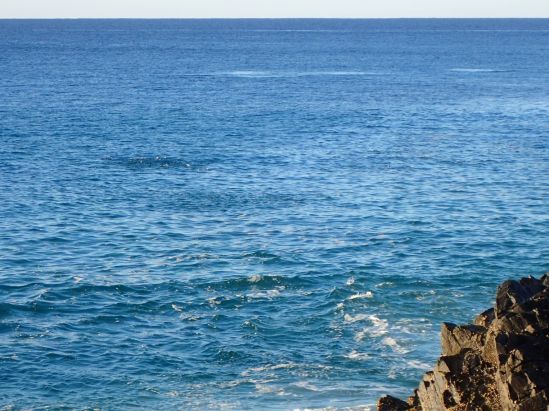 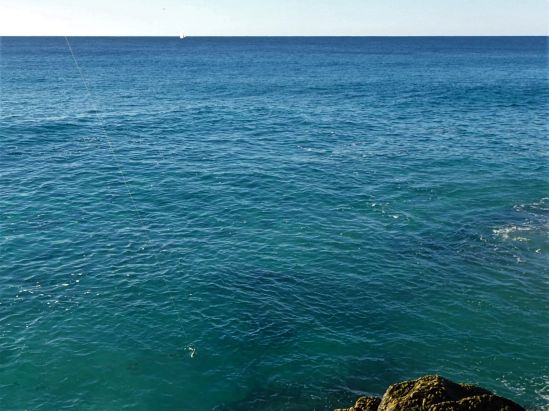