Jetlag and the call to prayer had me up early again on Tuesday.  I rigged up the travel rod and headed out on to the beach in front of the resort. I was staying at the Chedi Hotel – http://www.ghmhotels.com/en/muscat/ . There is not much you can say about this place – it is basically heaven on earth, with a price tag to match. I am pretty sure I am the first guest they have ever had who wanders out to flick soft plastic lures in front of their manicured beach and pristine lawns.

Muscat has some fantastic scenery. The Jebel Akdar mountain range rises to about 3000 metres, just behind the coastal strip. The range is dotted with fertile wadis where springs and snow smelt make it possible to cultivate irrigated gardens, all year round.

It was still dark when I started casting at about 5.45 am. The sun was starting to redden the sky behind the mountains. I was walking along the beach casting with a GULP 4 “ Minnow in the Lime Tiger colour. The tide was running in and there was virtually no wind. I was using a 1/8th ounce, 1/0 hook jighead and 12lb fluorocarbon leader.  After two or three casts I waded out a little as I could see some baitfish jumping around. I cast straight at the action and as the lure sank a fish grabbed it. It was much faster than a flathead and I saw a flash of silver. It took a bit of line and made some persistent runs but soon I had it under control. I pulled it up the beach and let it settle. It was a King Soldier bream – Argyrops Spinifer. I took a few pictures and released it.

I carried on moving and casting as the sun came up. I swapped through a few different soft plastic lures. I caught a couple of flathead on the GULP 3” Minnow in the New Penny colour and then a couple more on the GULP Swimmow in the Peppered Prawn colour. They were all bar/ flag tailed flathead and all would have been between 35 and 45 cm long. 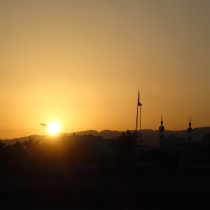 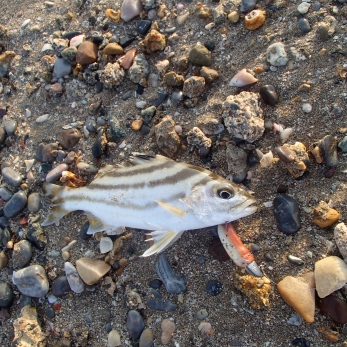 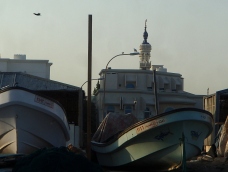 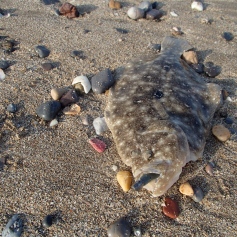 The sun was rising and the water was crystal clear. As I walked back towards the hotel. I felt a slightly different bite on the Swimmow. I paused, then lifted the rod. I had another fish and this time it was small flounder. I released it and caught another on the next cast.

It was time for breakfast so I gave up at about 8.00 am. There is no shortage of fish here.